One of the first foods I tried when I moved to London was jerk chicken. I was studying in New Cross and my friend took me to this shack called Cummin Up (who still exist! and do delivery!) which served jerk chicken on a coco bread bun with lots of mayo.

I was sold as soon as I bit into it. Jerk chicken is just so fragrant, complex and delicious.

Once I graduated and moved away from New Cross and Cummin Up, I was lucky enough to live across the road from Negril in my beloved Brixton. But then I moved away and discovered you’ll be hard pressed to find jerk chicken in the Netherlands.

It took me a while, and I suck at barbecue, but mixing various recipes (see recipe notes) I finally cracked the code on a slow cooker jerk chicken that comes close to the jerk chicken I had in New Cross and Brixton. 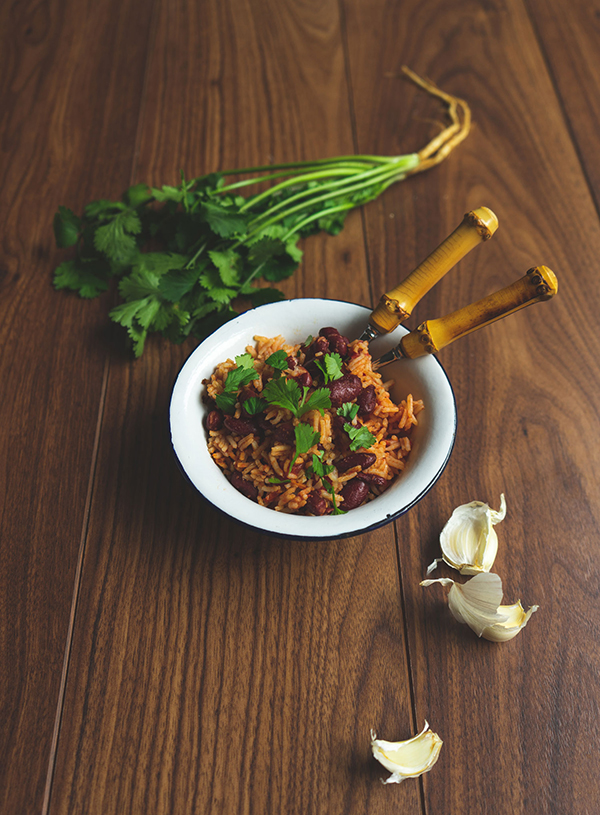 What do you have with jerk chicken?

I like to have mine with rice and beans and some cucumber or stick it on a sweet potato bun with a good helping of mayo to relive my days in New Cross. 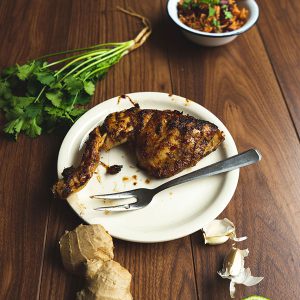 The marinade holds up well for up to 12 chicken thighs, I tend to make extra and freeze whatever I'm not using. It will keep for 6 months max in an airtight container in the freezer.  I have tried slow cooking the chicken, then saving it for a couple of days before finishing it off in the oven and this doesn't work as well as the chicken dries out as it cools off, so I don't recommend doing this.

Obviously you can also finish the marinated chicken off on a barbecue.

I try to cite sources as much as I can with the recipes I share, both because I think it's the right thing to do, credit wise, and give readers an idea of how I create recipes to inspire them to create their own. Unfortunately, I didn't write my sources down when I first came to this recipe so I am unsure what the sources are, but I know it's a combination of recipes from BBC Good Food and one or two independent food bloggers. Unfortunately that's all she wrote.
Keyword chicken, chicken recipe, jamaican food, jamaican recipe, jerk chicken, slow cooked, slow cooker