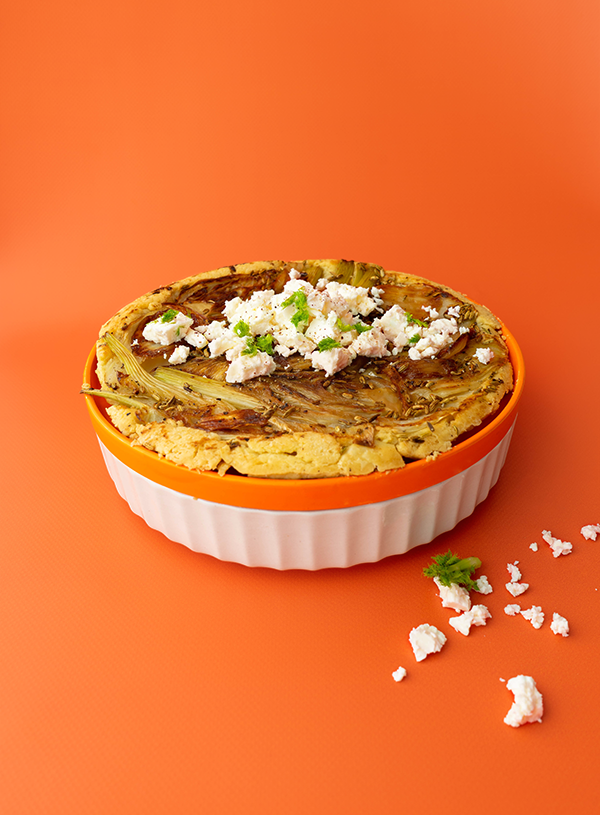 I don’t have that much to say about this recipe. It’s basically a play on this caramelized fennel recipe, but with a nice flakey crust. What’s not to love?

A word on dough

If you can: definitely make the dough by hand. It can feel like a bit of a slog but the dough comes out much more flakey, the machine cuts everything down far too uniform to get a nice texture in my opinion. I’ve included both dough recipes (with some adjustments to Nigel’s) so you have a vegan and a non-vegan option. Obviously to make this vegan use vegan feta and vegan butter.

Obviously you can make this with whatever veg-cheese (or veg-veg) combination you like. I’m thinking carrots or (and?) beets with goats or blue cheese, shallots and onions, bell pepper, etc. etc. etc. Because the vegetables don’t cook on top of the dough you can probably even get away with something a little wetter, like tomatoes, for example. 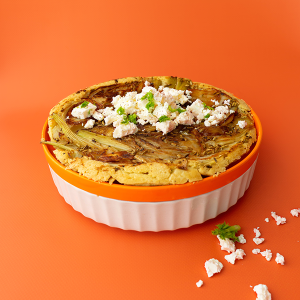 For the fennel tarte tatin

You can make these doughs with a food processor but the result won't be as nice and flakey as making it by hand. Still: we make due with what we can. Once prepared this fennel tarte tatin will keep in the fridge for up to 3 days. Reheat for 15 minutes or so in a hot oven.
Keyword fennel, feta, maartje borst, Nigel Slater, savory tart, savoury tart, tarte tatin