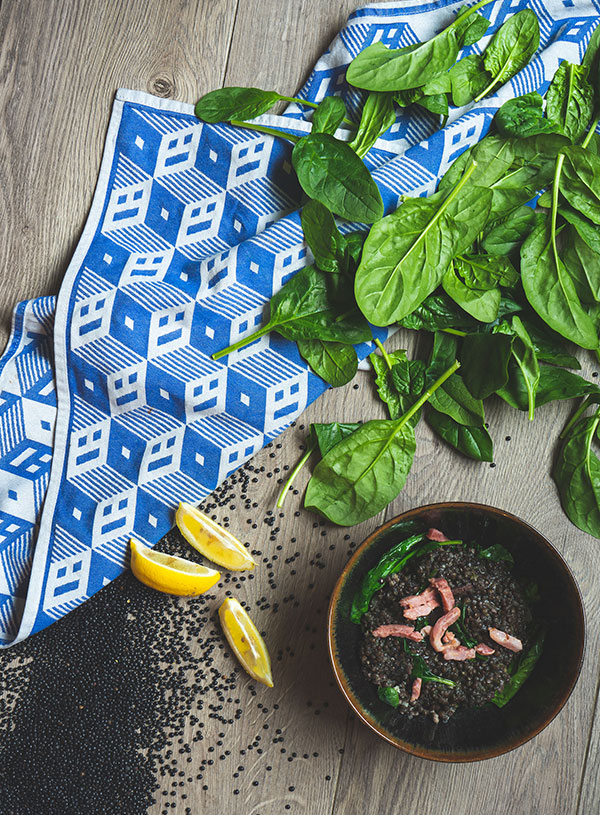 Years ago, I was living in London and had just broken up with ‘a bit of a dick’ (his words). I was really missing his food until I realized I could just buy the cookbook he always used: Nigel Slater’s Appetite.

Nigel Slater’s Appetite taught me how to cook

It’s one of the best purchases I’ve ever made and I’ve gifted it to many a friend who wanted to learn how to cook. What’s great about Nigel is he doesn’t give you time frames for cooking, but explains the process in terms of looks, smells and textures. Which is really what you should be going on when you’re hovering over a stove. 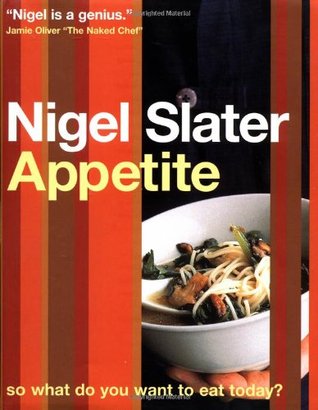 What’s more, every recipe in this book includes re-imaginings of the basic recipe. This gives you a foundation to build on and teaches you how flavors and textures work together.

I had this soup at least once a week while I was living in London. When I moved back to Holland I fucked it up once and turned it into more of a split pea soup, which I hate, and then I sort of forgot about it for a while.

Until last week, it was cold and a friend came round for dinner. I just wanted something easy, warm and comforting, with a little kick to it. It was the perfect fit. It helps that I’ve since discovered the mighty Beluga lentil, which is unfuckupable and easy on the eyes. 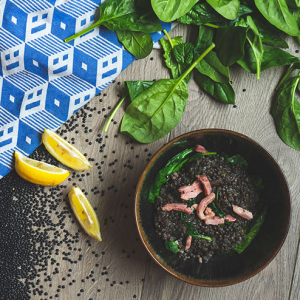 I like to make this with Beluga or black lentils as they hold up even if you overcook them, where other lentils turn to mush. Use other lentils and watch your soup like a hawk to avoid overcooking, or be the kind of person who enjoys mush. This soup does not freeze well but does keep for up to 3 days in a closed container in the fridge. Simply reheat in a saucepan on the stove on low heat. If it's become a little to dry for your liking just add water.
Keyword bacon, lentils, Nigel Slater, soup, spinach